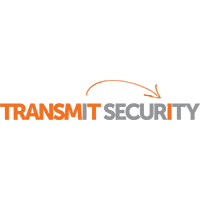 Theresa was most recently the VP of Sales Operations at Arbor Networks responsible for revenue management and contract negotiations. She brings with her an outstanding record of achievement in sales operations, which will help Transmit Security to expand their market in the U.S.

Theresa received her Bachelor’s in Business Administration from the University of New Hampshire – Peter T. Paul College of Business and Economics.

Transmit is the leader in Identity Orchestration. The company’s technology enables large enterprises to standardize and simplify their identity infrastructure to accelerate and reduce the cost of new account opening, authentication, authorization, compliance and fraud prevention related initiatives. Transmit Security’s founders created Trusteer (now IBM Security) and Imperva (IMPV on NYSE). The company’s research and development team served in the Israeli Intelligence Corps’ elite 8200 Unit. Transmit Security is self-funded and based in Boston and Tel-Aviv.

The search was completed by Doug Johnson, President and Founder at Valor Partners.

Our holistic approach allows us to create meaningful, long-term client relationships and to play an important role in the growth and success of the companies we partner with.